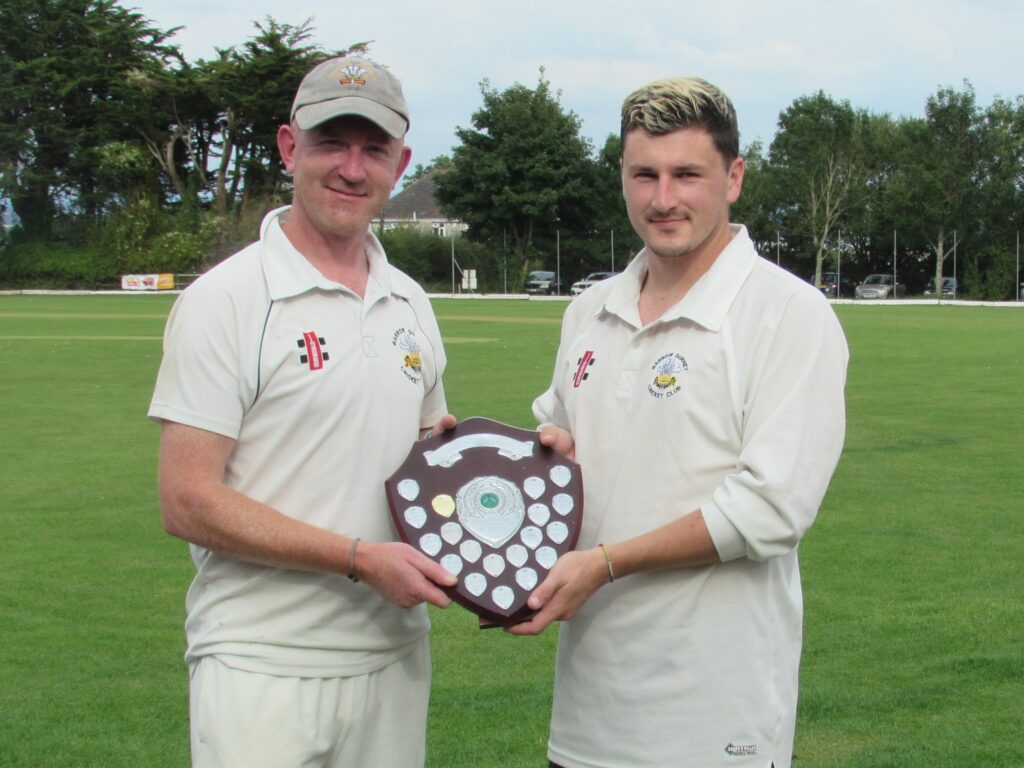 This year 7 pairs took part in the chaotic preliminary round, where points are gained not just by runs scored but also catches made, wickets taken and run outs achieved by team members. Points are lost for wickets lost and also catches dropped and some teams started on minus points having not attended the club social the night before!

Each team had a secret shot to play off the first ball and 10 points were available if successful. Most teams managed it, but Ellie Holdaway was unfortunate to get a half volley when she was supposed to duck under it, nevertheless she made a valiant attempt.

The final scores were:

After a break to enjoy a barbecue and a selection of home-made beers and sparkling wine, the final took place. 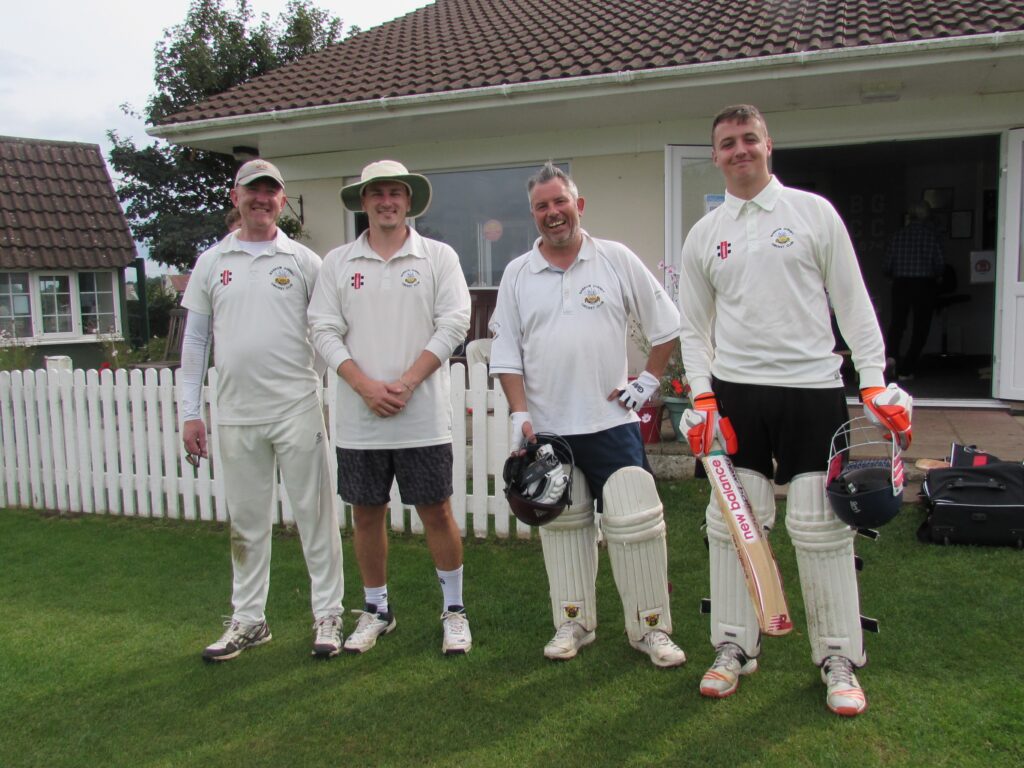 The Finalists prepare for battle

Ali and Kieran batted first and took the conservative approach, losing no wickets but scoring rather slowly. Ali injured his top hand leaving himattempting baseball shots for a while and a score of 34 was never likely to be enough. 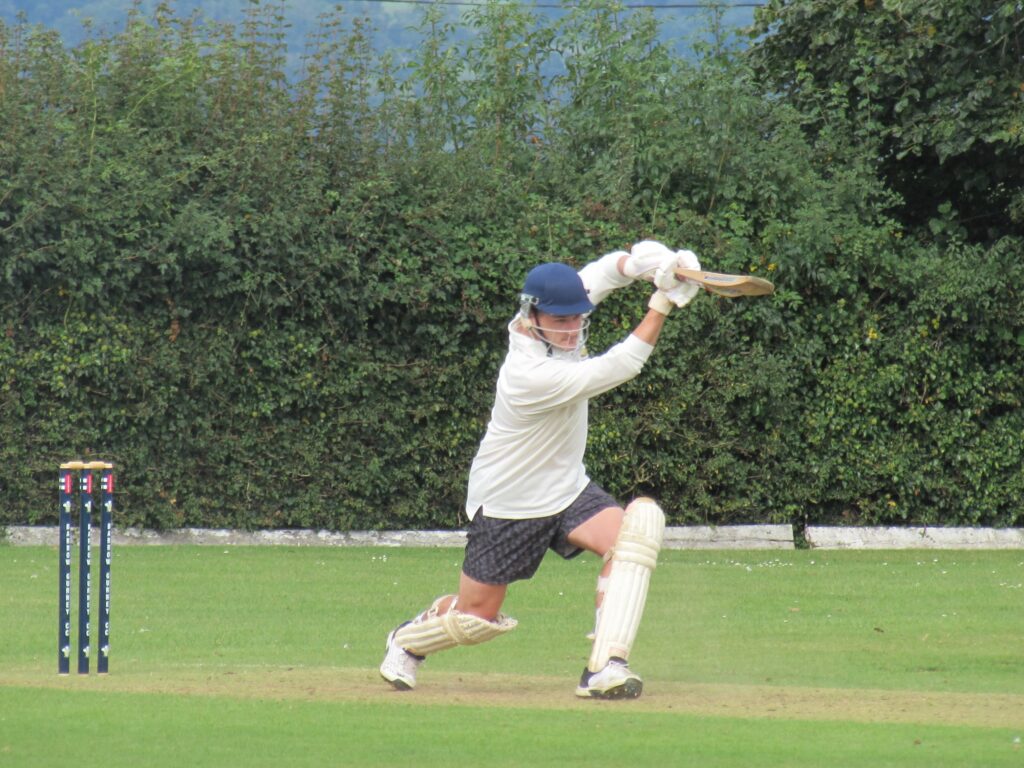 Mark Brown scored most of the winning team’s runs

Of course, the team batting second does not know the target they are chasing and when both Marks were dismissed in the first over, they were minus 8 with 4 overs to go. Another wicket in the second over made things even more interesting. However Mark Brown then cut loose hitting 5 sixes taking the team to 46 points. (Brown 48, Gracey minus 2!). 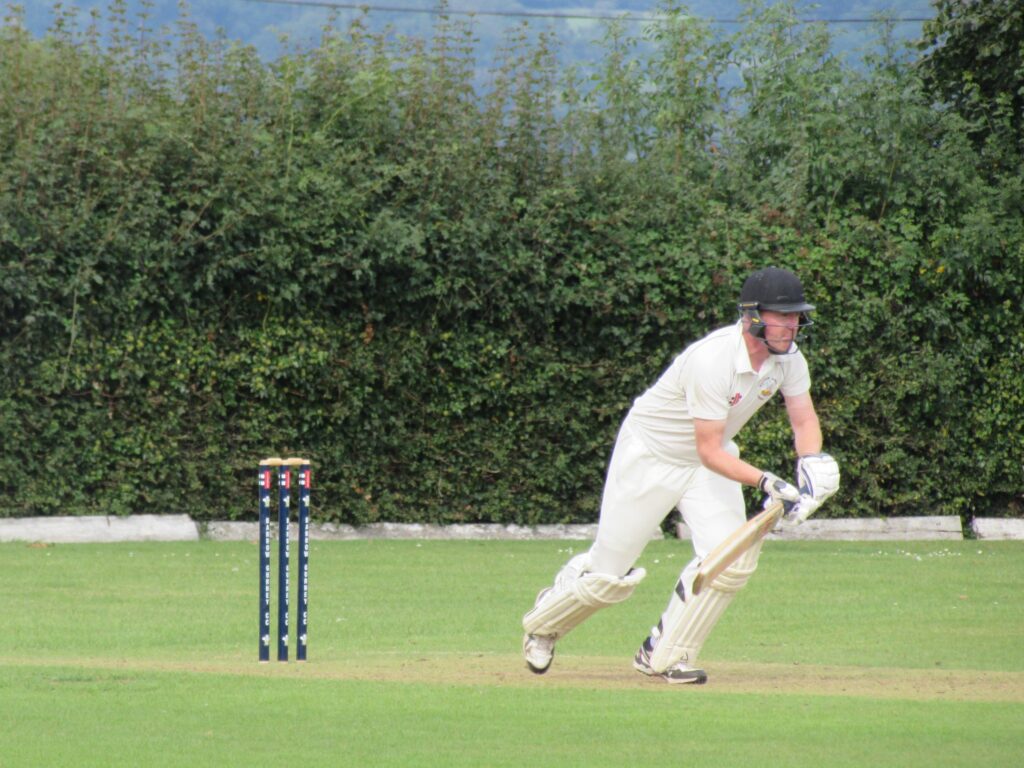 They were then presented with the shield as the sun set on the 2021 season at Hobbs Lane.