Frank Forge and Ed Holdaway will continue to lead Barrow Gurney’s First XI in the 2022 campaign for promotion following re-election at the AGM last week.

Speaking at the AGM Frank said his young team lacked nothing in ability and beat most of the teams who finished above Barrow in Division 5. With better availability, being more determined to finish off games and some luck with the weather, there is no reason why 2022 cannot be a successful season. Frank hoped for another good cup run too after reaching the final this year. 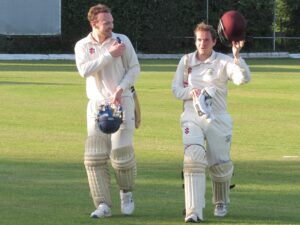 Meanwhile, Barrow 2nd XI will be captained by Peter Rooney for the first time next year. He inherits a team which finished third and produced some excellent performances last season, although inevitably there was some inconsistency when availability was poor. Peter will draw on all his experience as a former Blagdon player and Misfits regular, and after a broken finger ruining much of his season this year he will be looking forward to a full year at the helm. He will be supported by new vice-captain Mark Gracey. Mark is a former captain of the Seconds who led the side to promotion a few years ago. 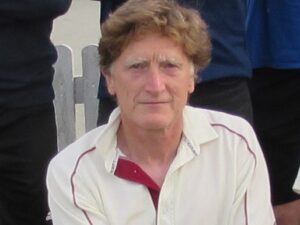 Colin Fletcher continues as Sunday captain in a changed format for the Sunday side. Barrow will revert to playing a limited schedule of friendlies in 2022, as it proved difficult to sustain a full league fixture commitment last season.