Barrow Gurney’s seam bowlers were in terrific form this weekend as they bowled out Pucklechurch First XI for only 95 at Hobbs Lane.

Opening bowlers Mark Fisher (2/20) and Jonny Sykes (3/30) put the pressure on the visitors from the first ball, with Sykes in particular extracting some lively bounce from the wicket. When they had both completed their 8 over spells, change bowlers Connor Jones (3/24) and Matt Owen (2/16) took over and ensured there was no recovery.

In reply Barrow Firsts lost only one wicket with Mark Brown determined to end the game quickly hitting 76 not out off 65 balls with 5 sixes. An early finish for the team as they maintain their unbeaten run in Div 5. 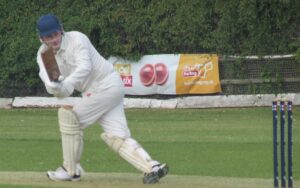 Barrow Seconds were involved in a much closer game away at Pucklechurch. Starting in cold and very windy weather, the Barrow batters found it hard to time the ball but Josh Yelland (48) began to master the conditions despatching several deliveries to the boundary before falling just short of his half century. Nick Heal then followed up his recent century for the Seconds with another hard-hitting innings, his 93 not out helping Barrow to post a challenging score of 207-9 in their 40 overs. 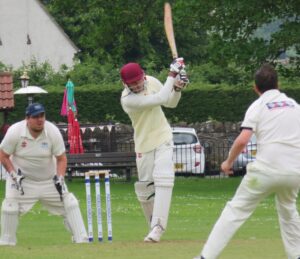 Charlotte Huntley took 2 early wickets both due to brilliant catches, one from Mike York on the boundary and a one handed catch by keeper Ali Hood. Huntley’s figures finishing on 2/36.  An injury to Mike York left Barrow a bowler short, and Pucklechurch batter Jon Veasey also had to be helped off retiring hurt for 41, but thereafter Barrow searched in vain for further wickets whilst offering too many extras. Luke Rivers (60 no)) and Regan Carter (33no) then batted sensibly to take the home side to an 8 wicket win with 2 overs to spare.